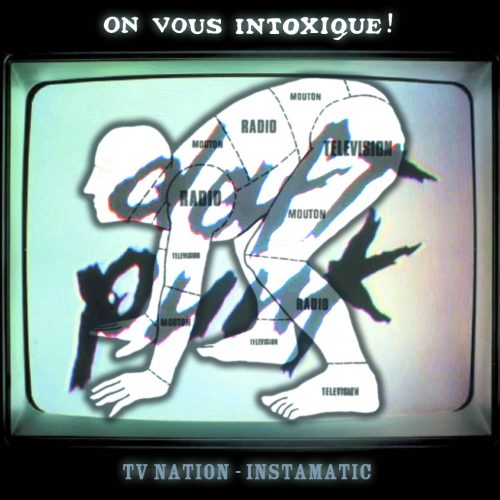 TV Nation is a mashup that has been hanging around in multiple demo forms since 2008, now thanks to better stems and acapellas it’s finished (I know I said I retired but this was an opportunity too good to miss, always wanted this to work – also always wanted to do a good Daft Punk mashup). It’s Daft Punk – Television Rules The Nation vs Spearhead’s Rock The Nation vs Montrose – Rock The Nation and a few bits from the Beatnigs / Disposable Heroes of Hiphopcrisy – Television Drug of the Nation.

And it’s oddly topical now, with Donald Trump and the presidential elections coming up, the lines about media manipulation and fat tycoons, people staying in their bubble and not wanting to step out of it. Sadly still very current.

Thanks go out to DJ Schmolli, Ian Fondue, Jez Celebrity Murder Party and Lee Spoons for their advice and help.